Coming up in early 2019, Metric will be teaming up with Zoé for a massive co-headlining tour across America. The 27-city outing kicks off February 11th in Cleveland and extends through March invading most major markets including Philadelphia, Brooklyn, Atlanta, Dallas, Los Angeles, Las Vegas, Seattle, Chicago and Detroit. Joining the tour in support will be special guests July Talk. Earlier this summer, Metric joined Smashing Pumpkins during their Shiny and Oh So Bright reunion tour across North America.

Metric will be supporting their seventh studio album 'Art of Doubt' released on September 21st, 2018. The new album follows up 2015's 'Pagans in Vegas' which reached #36 on the Billboard 200. The following year, the band embarked on their I Can See The End Tour across America followed by their Lights On The Horizon Tour across Canada with special guests Death Cab for Cutie and Leisure Cruise. Since forming in 1998, the band has opened for acts like The Rolling Stones, Imagine Dragons, Arcade Fire and Paramore among others.

Metric appeared on the music scene with the release of the album 'Mainstream' published on November 30, 1997. The song 'Butcher' was instantly a hit and made Metric one of the newest emerging performers at that moment. Thereafter, Metric released the hugely beloved album 'Old World Underground, Where Are You Now?' which features some of the most beloved music from the Metric catalog. 'Old World Underground, Where Are You Now?' hosts the single 'IOU' which has been the most requested for fans to see during the performances. Aside from 'IOU', a host of other tracks from 'Old World Underground, Where Are You Now?' have also become well-known as a result. A few of Metric's most popular tour albums and songs are displayed below. After 19 years since the release of 'Mainstream' and making a major impact in the industry, music lovers continue to flock to watch Metric on stage to play tracks from the entire discography. 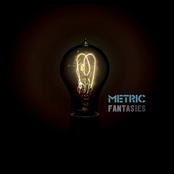 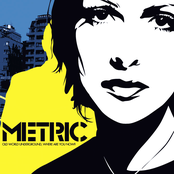 Metric: Old World Underground, Where Are You Now? 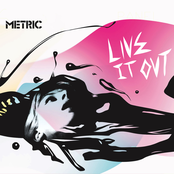 Metric: Live It Out 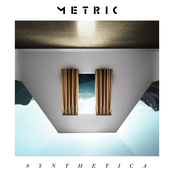 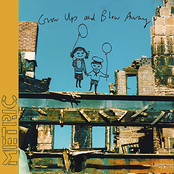 Metric: Grow Up & Blow Away

Metric may come to a city near you. Browse the Metric schedule just above and push the ticket button to checkout our huge inventory of tickets. View our selection of Metric front row tickets, luxury boxes and VIP tickets. As soon as you find the Metric tickets you want, you can buy your tickets from our safe and secure checkout. Orders taken before 5pm are usually shipped within the same business day. To purchase last minute Metric tickets, check out the eTickets that can be downloaded instantly.