Miley Cyrus released her fifth studio album 'Miley Cyrus & Her Dead Petz' on August 30th, 2015 via her own record label Smiley Miley Inc. The album features a collaboration with The Flaming Lips along with guest vocals from Big Sean, Sarah Barthel (from Phantogram) and Ariel Pink. Miley's previous album 'Bangerz' reached #1 on the Billboard 200 and brought her Bangerz Tour to North America, Europe, South America and Australia through 2014 with 78 shows in 5 separate legs. Recently, she hosted the 2015 MTV Video Music Awards and has been named Sexiest Vegetarian Celebrity of 2015 by PETA.

Miley Cyrus appeared on the music scene with the release of the album 'Breakout' published on July 22, 2008. The song 'Breakout' quickly became a hit and made Miley Cyrus one of the fastest growing artists at that moment. Since then, Miley Cyrus released the hugely famous album 'The Time of Our Lives' which is comprised of some of the most popular music from the Miley Cyrus discography. 'The Time of Our Lives' contains the song 'Kicking and Screaming' which has proven to be the most recognized for music lovers to experience during the shows. Apart from 'Kicking and Screaming', a host of other tracks from 'The Time of Our Lives' have also become well-known as a result. Some of Miley Cyrus's most famous tour albums and songs are displayed below. After 8 years since the release of 'Breakout' and having a huge impact in the business, fans consistently flock to watch Miley Cyrus in person to play favorites from the full collection. 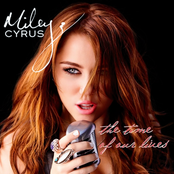 Miley Cyrus: The Time of Our Lives 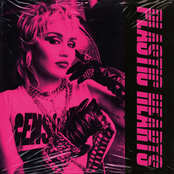 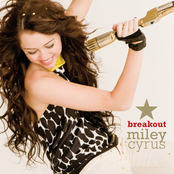 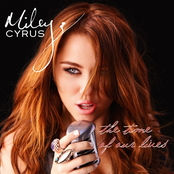 Miley Cyrus: The Time Of Our Lives (International Version)

Miley Cyrus may come to a city near you. Check out the Miley Cyrus schedule on this page and click the ticket link to checkout our huge inventory of tickets. Browse our selection of Miley Cyrus front row tickets, luxury boxes and VIP tickets. After you locate the Miley Cyrus tickets you desire, you can buy your seats from our safe and secure checkout. Orders taken before 5pm are normally shipped within the same business day. To purchase last minute Miley Cyrus tickets, browse through the eTickets that can be downloaded instantly.