White is best known for his Scotch-drinking antics while performing his off-color comedy since the late 80's while also being a member of the Blue Collar Comedy Tour along with Jeff Foxworthy and Larry The Cable Guy. His latest album 'A Little Unprofessional' dropped back in 2013 and reached #1 on Billboard's Comedy chart. Since 2003, the comedian has also released 'Behavioral Problems', 'You Can't Fix Stupid' and 'Drunk in Public' which have all become fan favorites.

Ron White appeared on the Comedy scene with the appearance of the album 'Tater Salad' published on June 16, 1990. The track 'Intro' immediately became a hit and made Ron White one of the fastest growing acts at that moment. Thereafter, Ron White released the extremely popular album 'You Can't Fix Stupid' which includes some of the most popular music from the Ron White collection. 'You Can't Fix Stupid' features the song 'Intro' which has become the most requested for followers to hear during the live events. Besides 'Intro', many of other songs from 'You Can't Fix Stupid' have also become sought-after as a result. A few of Ron White's most beloved tour albums and songs are seen below. After 26 years since the release of 'Tater Salad' and making a massive impact in the business, music lovers still head to watch Ron White in person to play hits from the entire collection. 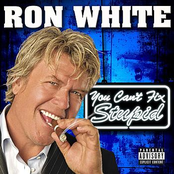 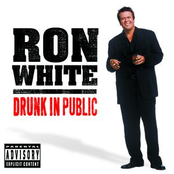 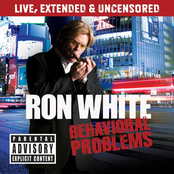 Ron White: One For The Road EP

Ron White could be coming to a city near you. Check out the Ron White schedule on this page and click the ticket button to view our huge inventory of tickets. Browse our selection of Ron White front row tickets, luxury boxes and VIP tickets. Once you locate the Ron White tickets you want, you can buy your tickets from our safe and secure checkout. Orders taken before 5pm are generally shipped within the same business day. To purchase last minute Ron White tickets, check out the eTickets that can be downloaded instantly.