Swedish metal troops Sabaton have announced a massive fall tour across North America behind their next album 'The Great War'. The Great Tour kicks off October 4th in Fort Lauderdale and continues into November invading U.S. cities like Atlanta, Dallas, Los Angeles, Seattle, Chicago and New York. Canadian dates are set for Vancouver, Edmonton, Calgary, Toronto and Montreal. Joining the tour in support will be special guests HammerFall. Back in 2018, the band joined forces with German thrashers Kreator for a huge co-headlining tour.

Sabaton will be releasing their ninth studio album 'The Great War' on July 19th, 2019 via Nuclear Blast Records. The new album follows up 2016's 'The Last Stand' which reached a career-best #63 on the Billboard 200. Also in 2016, the band released their third live album 'Heroes on Tour' along with a corresponding video album. After guitarist Thobbe Englund disbanded in 2016, current members include Joakim Brodén, Pär Sundström, Chris Rörland, Hannes van Dahl and Tommy Johansson.

Sabaton arrived on the Pop / Rock scene with the appearance of the album 'Fist for Fight' published on November 30, 1999. The single 'Introduction' immediately became a success and made Sabaton one of the newest emerging acts at that time. Thereafter, Sabaton came out with the most popular album 'The Art of War' which features some of the most popular tracks from the Sabaton collection. 'The Art of War' contains the single 'The Art of War' which has proven to be the most recognized for music lovers to experience during the performances. Aside from 'The Art of War', many of other tracks from 'The Art of War' have also become well-known as a result. A few of Sabaton's most famous tour albums and songs are displayed below. After 17 years since releasing 'Fist for Fight' and making a major effect in the industry, fans consistently unite to hear Sabaton appear live to play favorites from the full catalog. 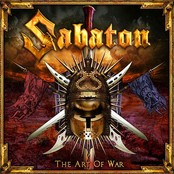 Sabaton: The Art of War 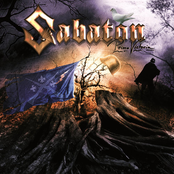 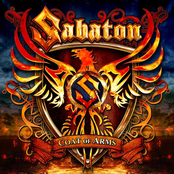 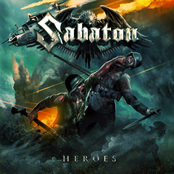 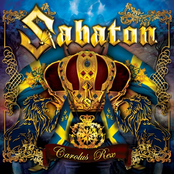 Sabaton could be coming to a city near you. Check out the Sabaton schedule above and press the ticket button to see our big selection of tickets. Look through our selection of Sabaton front row tickets, luxury boxes and VIP tickets. After you locate the Sabaton tickets you desire, you can buy your tickets from our safe and secure checkout. Orders taken before 5pm are normally shipped within the same business day. To purchase last minute Sabaton tickets, look for the eTickets that can be downloaded instantly.