Platinum-selling duo $uicideboy$ will be launching another version of their Grey Day Tour across North America later in 2022 supporting their next album 'Sing Me a Lullaby, My Sweet Temptation'. The new 41-city journey kicks off August 2nd in Chicago and stretches into October visiting dozens of major markets including Detroit, San Francisco, Seattle, Dallas, Philadelphia, Toronto, Brooklyn, Atlanta, Los Angeles and Las Vegas. Joining the tour on select dates will be special guests Ski Mask the Slump God, $not, Knocked Loose, JPEGMAFIA, Code Orange and Maxo Kream.

$uicideboy$ will be releasing their third studio album 'Sing Me a Lullaby, My Sweet Temptation' on July 29th, 2022 via their own G*59 Records label. The new album follows up 2021's 'Long Term Effects of Suffering' which reached #7 on the Billboard 200. The same year, the rappers embarked on the second installment of their Grey Day Tour which was joined by Slowthai, Chief Keef, TURNSTILE, Yung Gravy, Night Lovell, Germ, Ramirez, Shakewell and Chetta. The duo formed in 2014 and consists of cousins Ruby da Cherry and Scrim.

Suicideboys released the extremely popular album '(null)' which is comprised of some of the most well-known work from the Suicideboys catalog. '(null)' has made itself the most recognized album for followers to experience during the shows. A handful of Suicideboys's most beloved tour albums and songs are seen below. After publishing '(null)' and making a massive impact in the business, fans continue to gather to watch Suicideboys on stage to perform favorites from the complete collection. 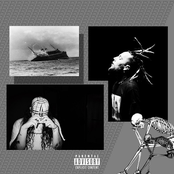 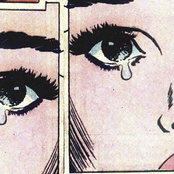 Suicideboys: Dark Side of the Clouds

Suicideboys: My Liver Will Handle What My Heart Can't

Suicideboys may come to a city near you. View the Suicideboys schedule on this page and click the ticket button to see our huge inventory of tickets. View our selection of Suicideboys front row tickets, luxury boxes and VIP tickets. After you find the Suicideboys tickets you desire, you can buy your tickets from our safe and secure checkout. Orders taken before 5pm are normally shipped within the same business day. To buy last minute Suicideboys tickets, browse through the eTickets that can be downloaded instantly.