Coming up this summer, The B-52s will be launching a huge North American tour celebrating the band's 40th anniversary. The 29-city journey kicks off August 1st in Costa Mesa and continues through September hitting major markets like Los Angeles, Seattle, Atlanta, Toronto, Washington DC, Philadelphia and New York. Prior to the North American shows, the group will be touring extensively across Europe to begin the summer.

In addition to the tour, The B-52s will be releasing their first-ever official book sometime in 2020 via Da Capo Press/Hachette Books. Since forming in 1976, the band has released seven studio albums with their latest being 2008's 'Funplex'. Some of their most popular hits include 'Rock Lobster', 'Love Shack', 'Planet Claire' and 'Private Idaho' among others. The band's lineup has remained the same for the last two decades consisting of Kate Pierson, Fred Schneider, Keith Strickland and Cindy Wilson.

About The B-52s Tour Albums

The B-52s released the extremely beloved album 'The B-52's' which is comprised of some of the most famous work from the The B-52s catalog. 'The B-52's' has made itself the most well-known album for followers to see during the shows. A handful of The B-52s's most beloved tour albums and songs are provided below. After releasing 'The B-52's' and having a serious impact in the business, music lovers continue to gather to see The B-52s on stage to play favorites from the complete catalog.

The B-52s Tour Albums and Songs 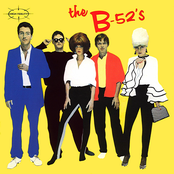 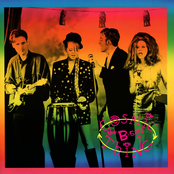 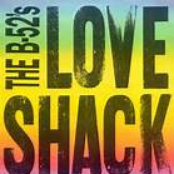 The B-52s might soon come to a city near you. Check out the The B-52s schedule just above and push the ticket button to view our big selection of tickets. View our selection of The B-52s front row tickets, luxury boxes and VIP tickets. Once you track down the The B-52s tickets you need, you can buy your seats from our safe and secure checkout. Orders taken before 5pm are generally shipped within the same business day. To buy last minute The B-52s tickets, browse through the eTickets that can be downloaded instantly.