Vocal supergroup The Tenors will be launching a huge Christmas tour across Canada taking place later in 2021. Their Santa’s Wish Tour kicks off November 23rd in Kelowna and extends through December making notable stops in Calgary, Edmonton, Vancouver, Ottawa, Hamilton and Toronto. Joining the tour in support will be special guest Tyler Shaw. The new outing follows up 2019's Wonder of Christmas Tour and 2018's Home For The Holidays Tour.

The Tenors wil continue supporting their sixth studio album 'Christmas Together' released on October 13th, 2017 via Universal Music Canada and Decca Records. Their previous 2015 album 'Under One Sky' reached #1 on Billboard's Classical chart and tied a career-best #3 in their homeland of Canada. In the past, the vocal group has performed with many notable artists including Sarah McLachlan, Neil Young, Paul Anka, Justin Bieber, Paul McCartney and Brian McKnight. Current members include Fraser Walters, Victor Micallef and Clifton Murray.

About The Tenors Tour Albums

The Tenors arrived on the Classical scene with the release of the album 'I Believe' published on July 24, 2012. The song 'I Believe' quickly became a fan favorite and made The Tenors one of the most popular acts at that time. Since then, The Tenors came out with the most popular album 'Lead With Your Heart' which is comprised of some of the most famous music from the The Tenors collection. 'Lead With Your Heart' hosts the single 'You And I (Vinceremo)' which has been the most requested for followers to experience during the live events. Besides 'You And I (Vinceremo)', a host of other songs from 'Lead With Your Heart' have also become recognized as a result. A handful of The Tenors's most beloved tour albums and songs are provided below. After 4 years since the release of 'I Believe' and having a major impact in the industry, music lovers consistently gather to watch The Tenors in person to perform favorites from the complete catalog.

The Tenors Tour Albums and Songs 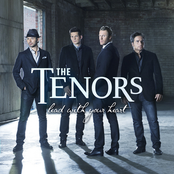 The Tenors: Lead With Your Heart 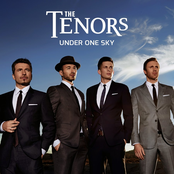 The Tenors: Under One Sky 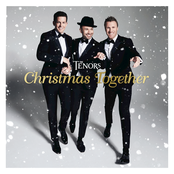 The Tenors: Christmas Together

The Tenors: Under One Sky (Deluxe)

The Tenors: When We Are Together