Upstate NY-based indie outfit X Ambassadors will be heading on a massive North American tour later in 2021 to promote their next album 'The Beautiful Liar'. The 26-city campaign kicks off October 15th in San Diego and extends into November hitting major markets like New York, Philadelphia, Washington DC, Toronto, Detroit, Chicago, Seattle and Los Angeles. Joining the tour in support will be special guests Scarypoolparty and Taylor Janzen.

X Ambassadors' fourth studio album 'The Beautiful Liar' should be released sometime in 2021 and follows up 2019's 'Orion' which reached #25 on Billboard's Rock chart. Also in 2019, the band launched their Orion Tour across America with support from Your Smith. The prior year, they toured extensively along with special guests Now, Now, Jacob Banks, Mondo Cozmo, Son Little, The Aces and SHAED. Current members include Sam Harris, Casey Harris and Adam Levin.

X Ambassadors arrived on the Alternative scene with the release of the album 'Me Before You (Original Motion Picture Soundtrack)' released on November 30, -0001. The track '' quickly became a fan favorite and made X Ambassadors one of the newest emerging artists at that time. Later on, X Ambassadors released the extremely popular album 'VHS' which features some of the most beloved work from the X Ambassadors catalog. 'VHS' contains the single 'Y2K Time Capsule (Interlude)' which has been the most recognized for music lovers to see during the shows. Apart from 'Y2K Time Capsule (Interlude)', a host of other songs from 'VHS' have also become requested as a result. A handful of X Ambassadors's most famous tour albums and songs are displayed below. After 2017 years since the release of 'Me Before You (Original Motion Picture Soundtrack)' and having a massive effect in the business, fans consistently flock to watch X Ambassadors appear live to play favorites from the complete discography. 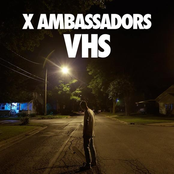 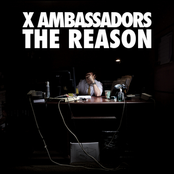 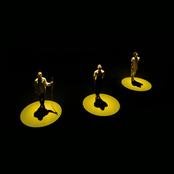 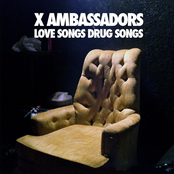