Dan Layus has announced a new round of Augustana tour dates across America later in 2022 supporting his next album 'Everyday an Eternity'. The 14-city campaign kicks off October 17th in Saint Paul and continues into November making notable stops in Chicago, Ann Arbor, New York, Philadelphia and Washington, DC. The new outing follows up 2021's Solo Tour which stretched into 2022 and was joined by special guests Trella and John-Robert.

Layus' fifth Augustana album 'Everyday an Eternity' follows up 2014's 'Life Imitating Life' which reached #67 on the Billboard 200. Back in 2019, the San Diego-based musician launched a massive U.S. tour with support from Zac Clark from Andrew McMahon in the Wilderness. Three years prior, he joined Dixie Chicks during portions of their DCX MMXVI World Tour along with The Heavy, Anderson East, Elle King, Smooth Hound Smith and Vintage Trouble among others.

Augustana appeared on the Alternative scene with the release of the album 'You'll Disappear' released on November 30, 2004. The song 'Stars & Boulevards' was instantly a fan favorite and made Augustana one of the newest emerging acts at that time. Thereafter, Augustana published the most popular album 'All The Stars and Boulevards' which is comprised of some of the most beloved work from the Augustana collection. 'All The Stars and Boulevards' contains the song 'Mayfield (Album Version)' which has proven to be the most recognized for fans to enjoy during the live events. Aside from 'Mayfield (Album Version)', many of other tracks from 'All The Stars and Boulevards' have also become recognized as a result. A few of Augustana's most popular tour albums and songs are seen below. After 12 years since the release of 'You'll Disappear' and making a major impact in the business, followers consistently head to see Augustana on stage to play favorites from the complete collection. 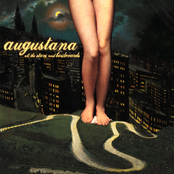 Augustana: All The Stars and Boulevards 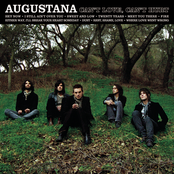 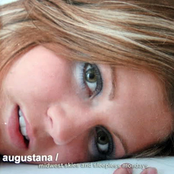 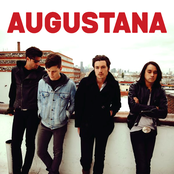 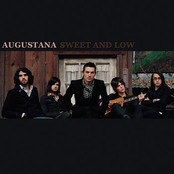 Augustana might soon come to a city near you. View the Augustana schedule above and click the ticket icon to view our big selection of tickets. View our selection of Augustana front row tickets, luxury boxes and VIP tickets. After you track down the Augustana tickets you desire, you can purchase your seats from our safe and secure checkout. Orders taken before 5pm are normally shipped within the same business day. To purchase last minute Augustana tickets, browse through the eTickets that can be downloaded instantly.