Coming up in 2022, Don Broco will be heading back over to North America to promote their brand new album 'Amazing Things'. The 31-date outing takes place in April/May hitting U.S. cities like Baltimore, Detroit, Seattle, Los Angeles, Atlanta and Philadelphia. Canadian shows are planned for Toronto and Vancouver. Joining the tour in support will be special guests The Plot in You, Ryan Oakes and The Color Eight. Prior to the North American shows, the band will be touring extensively across Europe before the end of the year with special guests NOISY.

Don Broco released their fourth studio album 'Amazing Things' on October 22nd, 2021 via SharpTone Records. Their previous 2018 album 'Technology' reached a career-best #5 in the UK and follows up 2015's 'Automatic'. Back in 2016, the Bedfordshire-based outfit joined 5 Seconds of Summer during portions of their Sounds Live Feels Live World Tour. The band formed in 2008 and currently consists of members Rob Damiani, Simon Delaney, Matt Donnelly and Tom Doyle.

Don Broco showed up on to the Pop / Rock scene with the appearance of tour album "Automatic (Deluxe)", released on N/A. The song immediatley became a hit and made Don Broco one of the newest great concerts to go to. Subsequently following the appearance of "Automatic (Deluxe)", Don Broco published "Technology" on N/A. The album "Technology" is still one of the more popular tour albums from Don Broco. The Tour Albums three top tunes included , , and and are a hit at every show. Don Broco has published 8 more tour albums since "Technology". With over 0 years of albums, Don Broco most popular tour album has been "Technology" and some of the most popular concert songs have been , , and . 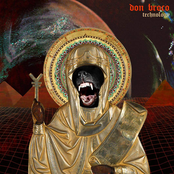 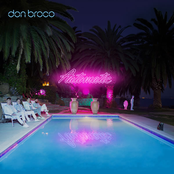 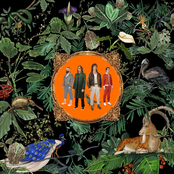 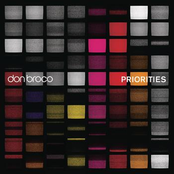 Don Broco may come to a city near you. Browse the Don Broco schedule above and click the ticket icon to see our huge inventory of tickets. View our selection of Don Broco front row tickets, luxury boxes and VIP tickets. Once you track down the Don Broco tickets you need, you can buy your tickets from our safe and secure checkout. Orders taken before 5pm are normally shipped within the same business day. To purchase last minute Don Broco tickets, check out the eTickets that can be downloaded instantly.