Currently there haven't been any upcoming Down concerts or tours revealed for America. Sign up for our Concert Tracker to get told when Down concerts have been announced to the lineup. Check out our Tour announcements page for recent announcements pertaining to Down. In the meantime, take a look at other Hard Rock / Metal performances coming up by Conclave, Vircolac, and Putrid Pile.

About Down Tour Albums

Down came on the Hard Rock / Metal scene with the release of the album 'NOLA' published on September 19, 1995. The single 'Temptation's Wings' was instantly a fan favorite and made Down one of the fastest growing acts at that moment. Afterwards, Down came out with the most popular album 'Over the Under' which contains some of the most listened to music from the Down collection. 'Over the Under' includes the track 'Three Suns and One Star' which has made itself the most sought-after for fans to enjoy during the gigs. Aside from 'Three Suns and One Star', many of other songs from 'Over the Under' have also become well-known as a result. Some of Down's most famous tour albums and songs are seen below. After 21 years since releasing 'NOLA' and making a major impact in the business, followers continue to flock to experience Down appear live to play tracks from the complete collection.

Down Tour Albums and Songs 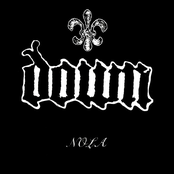 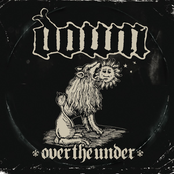 Down: Over the Under 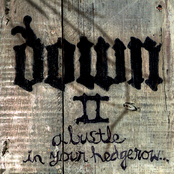 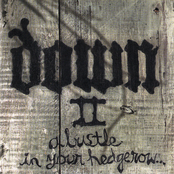 Down: Down II: A Bustle in Your Hedgerow 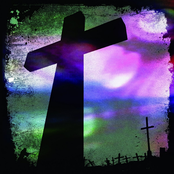 Down: Down IV Part I - The Purple EP

Down Tour and Concert Ticket Information

Down may come to a city near you. Browse the Down schedule on this page and push the ticket icon to checkout our big selection of tickets. Check out our selection of Down front row tickets, luxury boxes and VIP tickets. Once you track down the Down tickets you need, you can buy your seats from our safe and secure checkout. Orders taken before 5pm are normally shipped within the same business day. To purchase last minute Down tickets, browse through the eTickets that can be downloaded instantly.