Later this fall, pop punks Yellowcard will be hitting the road for the last time after releasing their tenth and final album. The veteran band announced a farewell tour across America kicking off October 6th in San Antonio and extending through mid-November. The 34-date trek will be visiting plenty of major markets including Dallas, Las Vegas, Los Angeles, Chicago, Detroit, New York, Philadelphia and Atlanta just to list a few. Joining the tour in support will be special guests Like Torches and Dryjacket. Prior to the tour, Yellowcard will be appearing in the Vans Warped Tour through most of the summer.

Yellowcard will be releasing their final self-titled album on September 30th, 2016 via Hopeless Records. The album follows up 2014's 'Lift a Sail' which peaked at #26 on the Billboard 200. Last spring, the band toured the United States with support from Finch for the entire tour and One Ok Rock and Downtown Fiction for the first and second halves respectively. Prior to that, they spent time touring with Memphis May Fire during the fall 2014.

Yellowcard appeared on the Alternative scene with the appearance of the album 'Midget Tossing' published on April 1, 1997. The song 'Sue' quickly became a hit and made Yellowcard one of the newest emerging acts at that time. Afterwards, Yellowcard published the extremely popular album 'Ocean Avenue' which features some of the most famous songs from the Yellowcard collection. 'Ocean Avenue' hosts the single 'Way Away' which has been the most well-known for music lovers to see during the shows. Apart from 'Way Away', most of other tracks from 'Ocean Avenue' have also become well-known as a result. A handful of Yellowcard's most beloved tour albums and songs are seen below. After 19 years since releasing 'Midget Tossing' and making a true impact in the business, fans continue to gather to hear Yellowcard on stage to perform favorites from the entire catalog. 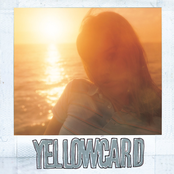 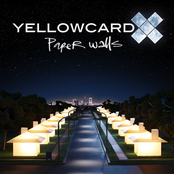 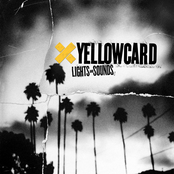 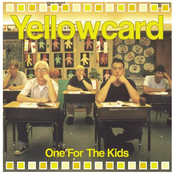 Yellowcard: One for the Kids 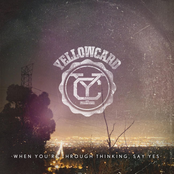 Yellowcard: When You're Through Thinking, Say Yes

Yellowcard might soon come to a city near you. View the Yellowcard schedule just above and push the ticket link to view our big selection of tickets. Check out our selection of Yellowcard front row tickets, luxury boxes and VIP tickets. After you find the Yellowcard tickets you want, you can buy your tickets from our safe and secure checkout. Orders taken before 5pm are usually shipped within the same business day. To purchase last minute Yellowcard tickets, check out the eTickets that can be downloaded instantly.