I Prevail announce 'The TRAUMA Tour'

Metalcore troops I Prevail have announced a massive 43-date tour across America taking place in 2019. The TRAUMA Tour kicks off April 24th in Kansas City and runs into August invading major markets like Las Vegas, Seattle, Dallas, Chicago, Detroit, Philadelphia and Atlanta. Joining the tour in support will be special guests Issues and Justin Stone. Back in 2017, the band launched their Rage on the Stage tour with support from The Word Alive, We Came As Romans and Escape The Fate.

I Prevail will be releasing their sophomore album 'Trauma' on March 29th, 2019 via Fearless Records. The new album follows up 2016's 'Lifelines' which reached #15 on the Billboard 200 and includes the singles 'Scars', 'Stuck in Your Head', 'Come and Get It' and its title track. The band released their debut EP 'Heart Vs. Mind' back in 2014 which includes Taylor Swift cover track 'Blank Space'. After some recent lineup changes, I Prevail members consist of Brian Burkheiser, Eric Vanlerberghe, Steve Menoian and Dylan Bowman.

About I Prevail Tour Albums

I Prevail arrived on the Hard Rock / Metal scene with the appearance of the album 'Come And Get It' published on November 30, -0001. The song '' immediately became a fan favorite and made I Prevail one of the fastest growing performers at that time. After that, I Prevail published the most popular album 'Blank Space' which is comprised of some of the most listened to work from the I Prevail discography. 'Blank Space' includes the song 'Blank Space' which has proven to be the most well-known for fans to see during the shows. Besides 'Blank Space', most of other songs from 'Blank Space' have also become recognized as a result. Some of I Prevail's most famous tour albums and songs are seen below. After 2017 years since the release of 'Come And Get It' and making a true impact in the industry, music lovers continue to gather to hear I Prevail in person to perform songs from the full discography.

I Prevail Tour Albums and Songs 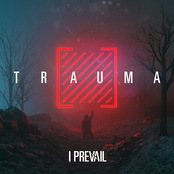 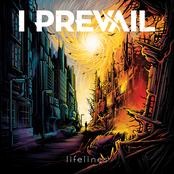 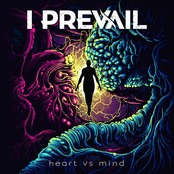 I Prevail: Heart vs. Mind 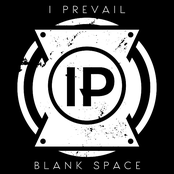 I Prevail: Come And Get It

I Prevail might soon come to a city near you. View the I Prevail schedule on this page and click the ticket link to view our huge inventory of tickets. Look through our selection of I Prevail front row tickets, luxury boxes and VIP tickets. As soon as you find the I Prevail tickets you want, you can purchase your seats from our safe and secure checkout. Orders taken before 5pm are generally shipped within the same business day. To purchase last minute I Prevail tickets, check out the eTickets that can be downloaded instantly.