Platinum-selling group Halestorm will be launching a summer 2022 tour across America supporting their next album 'Back From the Dead'. The 15-date trek kicks off July 8th in Sterling Heights and stretches into August making notable stops in Indianapolis, Boston, Syracuse, Charlotte, Irving and Oklahoma City. Joining the tour in support will be special guests The Pretty Reckless, The Warning and Lilith Czar. Prior to the tour, the band will be hitting the road with support from Stone Temple Pilots, Mammoth WVH and Black Stone Cherry.

Halestorm will be releasing their fifth studio album 'Back From the Dead' on May 6th, 2022 via Atlantic Records. Their previous 2018 album 'Vicious' reached #1 on Billboard's Rock chart and includes the single 'Uncomfortable' which was nominated for Best Rock Performance at the Grammy Awards. Also in 2018, they joined forces with In This Moment for a major co-headlining tour joined by New Years Day and Stitched Up Heart. The following year, the band toured alongside Alice Cooper and Godsmack on separate occasions.

Halestorm arrived on the music scene with the release of the album '(Don't Mess With The ) Time Man' released on April 20, 1999. The single 'Time Man' quickly became a success and made Halestorm one of the most popular artists at that time. Thereafter, Halestorm released the hugely popular album 'The Strange Case Of...' which contains some of the most famous music from the Halestorm catalog. 'The Strange Case Of...' hosts the single 'Love Bites (So Do I)' which has made itself the most recognized for followers to enjoy during the shows. In addition to 'Love Bites (So Do I)', most of other tracks from 'The Strange Case Of...' have also become requested as a result. A handful of Halestorm's most popular tour albums and songs are seen below. After 17 years since releasing '(Don't Mess With The ) Time Man' and making a major effect in the business, fans consistently head to see Halestorm in person to perform tracks from the entire collection. 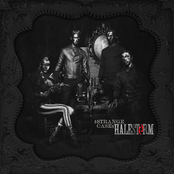 Halestorm: The Strange Case Of... 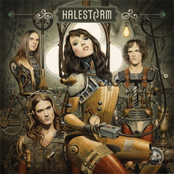 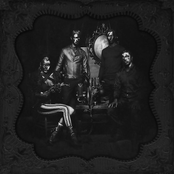 Halestorm: The Strange Case of... (Deluxe) 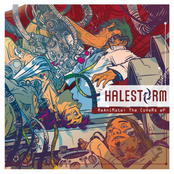 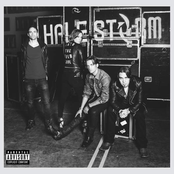 Halestorm: Into the Wild Life (Deluxe)

Halestorm might soon come to a city near you. View the Halestorm schedule on this page and click the ticket button to checkout our big selection of tickets. View our selection of Halestorm front row tickets, luxury boxes and VIP tickets. Once you locate the Halestorm tickets you want, you can purchase your tickets from our safe and secure checkout. Orders taken before 5pm are normally shipped within the same business day. To buy last minute Halestorm tickets, check out the eTickets that can be downloaded instantly.