English dubstep producer Zomboy has announced he'll be extending his Rott N’ Roll tour into 2019 with another batch of tour dates across North America. The new 28-city jaunt kicks off February 8th in Chicago and runs into May making additional stops in Las Vegas, Pittsburgh, Washington DC, Atlanta and Dallas. Joining the tour in support will be special guests Space Laces, BadKlaat and Luzcid. The tour originally launched back in 2017 and was joined by Valentino Khan, Ricky Remedy and Grandtheft among others.

Zomboy will continue supporting his latest EP 'Rott N' Roll Pt. 1' released on August 7th, 2017 via Never Say Die Records. His previous 2016 EP 'Neon Grave' tied a career-best #3 on Billboard's Dance chart. The same year, he released remixes of The Chainsmokers' 'Don't Let Me Down' and Bro Safari's 'Follow'. Since 2010, the DJ has also remixed tracks from other artists including Rihanna, Ellie Goulding, Flux Pavilion, Dillon Francis and Skrillex just to name a few.

Zomboy released the extremely famous album 'Game Time EP' which features some of the most well-known songs from the Zomboy discography. 'Game Time EP' hosts the single 'Pirate Hooker - Original Mix' which has been the most sought-after for followers to see during the shows. Besides 'Pirate Hooker - Original Mix', a host of the songs from 'Game Time EP' have also become recognized as a result. Some of Zomboy's most famous tour albums and songs are provided below. After having a massive impact in the business, music lovers continue to head to experience Zomboy on stage to perform songs from the entire collection. 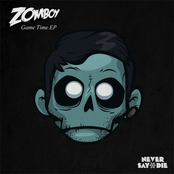 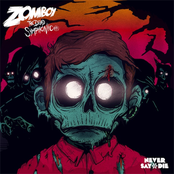 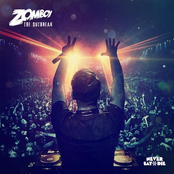 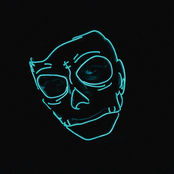 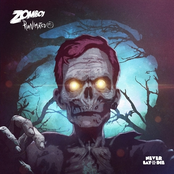 Zomboy could be coming to a city near you. Browse the Zomboy schedule above and press the ticket link to checkout our big selection of tickets. View our selection of Zomboy front row tickets, luxury boxes and VIP tickets. After you locate the Zomboy tickets you need, you can buy your tickets from our safe and secure checkout. Orders taken before 5pm are generally shipped within the same business day. To buy last minute Zomboy tickets, browse through the eTickets that can be downloaded instantly.