Hip hop favorite DaBaby has announced a huge U.S. tour beginning later in 2021 to promote his latest album 'Blame It on Baby'. His Live Show Killa Tour kicks off December 4th in Atlanta and extends into 2022 visiting major markets like Philadelphia, Detroit, Los Angeles, Houston, Dallas, Washington, DC and Chicago. The new outing follows up 2019's Kirk Tour which stretched into 2020 and was joined by special guest Stunna 4 Vegas.

DaBaby released his third studio album 'Blame It on Baby' on April 17th, 2020 via Interscope Records and South Coast Music Group. The new album reached #1 on the Billboard 200 and features guest appearances by Future, Roddy Ricch, YoungBoy Never Broke Again, A Boogie wit da Hoodie, London on da Track, Ashanti and Megan Thee Stallion. His debut 2019 album 'Kirk' was certified Platinum by the RIAA and was nominated for Album of the Year at the BET Awards. In the past few years, the Cleveland-based rapper has made several guest appearances on tracks by Lizzo, Post Malone, J. Cole and MadeinTYO among others. 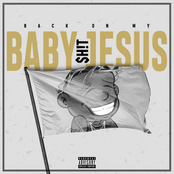 Da Baby: Back On My Baby Jesus $hit

Da Baby: Back On My Baby Jesus $h!t

Da Baby may come to a city near you. Browse the Da Baby schedule on this page and click the ticket link to view our huge inventory of tickets. Check out our selection of Da Baby front row tickets, luxury boxes and VIP tickets. After you track down the Da Baby tickets you want, you can buy your tickets from our safe and secure checkout. Orders taken before 5pm are normally shipped within the same business day. To purchase last minute Da Baby tickets, look for the eTickets that can be downloaded instantly.