Yo Gotti, Meek Mill announce 'Against All Odds Tour'

Multi-platinum rappers Yo Gotti and Meek Mill will be joining forces this summer for a massive U.S. tour. Their Against All Odds Tour begins July 5th in Cleveland and finishes August 8th in Seattle with a total of 21 cities on the itinerary. Notable stops include Detroit, New York, Atlanta, Miami, Dallas and Los Angeles. The new tour follows up 2016's Endless Summer Tour which featured Yo Gotti, Logic, G-Eazy and YG.

Yo Gotti will continue supporting his eighth studio album 'The Art of Hustle' released on February 19th, 2016 via Epic Records and his own CMG record label. The album reached a career-best #4 on the Billboard 200 and features guest appearances by K. Michelle, Lil Wayne, E-40, Timbaland and Future. Back in 2015, Yo Gotti toured across North America during his I Am Tour with supporting acts YG, Zed Zilla, Shy Glizzy and Cash Out.

About Yo Gotti Tour Albums

Yo Gotti arrived on the Rap / Hip Hop scene with the appearance of the album 'Presents the Blackout Squad, Volume 2' released on November 22, 2005. The single 'Work Hard, Play Hard' immediately became a success and made Yo Gotti one of the newest emerging artists at that moment. Thereafter, Yo Gotti came out with the extremely famous album 'From Da Dope Game 2 Da Rap Game' which is comprised of some of the most beloved music from the Yo Gotti catalog. 'From Da Dope Game 2 Da Rap Game' contains the single 'Intro' which has proven to be the most recognized for followers to hear during the live events. Besides 'Intro', many of other tracks from 'From Da Dope Game 2 Da Rap Game' have also become recognized as a result. A handful of Yo Gotti's most famous tour albums and songs are found below. After 11 years since the release of 'Presents the Blackout Squad, Volume 2' and making a major effect in the business, music lovers still flock to hear Yo Gotti on stage to perform hits from the full discography.

Yo Gotti Tour Albums and Songs 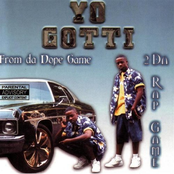 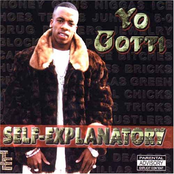 Yo Gotti: Self Explanatory 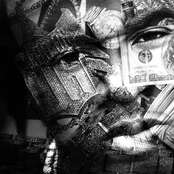 Yo Gotti: I Still Am 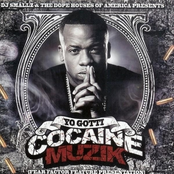 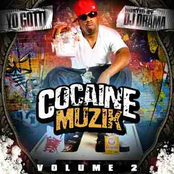 Yo Gotti may come to a city near you. Check out the Yo Gotti schedule above and press the ticket icon to view our huge inventory of tickets. Look through our selection of Yo Gotti front row tickets, luxury boxes and VIP tickets. After you find the Yo Gotti tickets you need, you can purchase your seats from our safe and secure checkout. Orders taken before 5pm are generally shipped within the same business day. To purchase last minute Yo Gotti tickets, check out the eTickets that can be downloaded instantly.