Grammy-nominated MC Rick Ross has announced an epic 11-city tour across America later in 2021 joined by Jeezy and Gucci Mane among many others. Their Legendz of the Streetz Tour kicks off September 30th in Augusta and extends into 2022 making stops in Atlanta, Greensboro, Baltimore, Houston, Dallas, Miami, Jacksonville, Memphis, Tampa, Sunrise and New Orleans. Look for additional appearances by 2 Chainz, Fabolous, Boosie Badazz, Lil Kim and DJ Drama.

Ross will continue supporting his 10th studio album 'Port of Miami 2' released on August 9th, 2019 via Maybach Music and Epic Records. The new album follows up 2017's 'Rather You Than Me' which reached #3 on the Billboard 200 and features guest appearances by Young Thug, Wale, Future, Jeezy, Yo Gotti, Gucci Mane, Ty Dolla Sign, Nas, Meek Mill and Anthony Hamilton. Since 2012, the rapper has received 5 Grammy nominations and was nominated for Best Male Hip Hop Artist at the 2011 BET Awards.

Rick Ross appeared on the Rap / Hip Hop scene with the release of the album 'Fireflies in the Rain' published on August 31, 1999. The song 'Rainy Day' was instantly a success and made Rick Ross one of the most popular talents at that time. Since then, Rick Ross released the hugely famous album 'Port Of Miami' which includes some of the most famous work from the Rick Ross discography. 'Port Of Miami' includes the single 'Intro' which has been the most recognized for music lovers to hear during the performances. In addition to 'Intro', a host of other tracks from 'Port Of Miami' have also become requested as a result. A few of Rick Ross's most beloved tour albums and songs are displayed below. After 17 years since the release of 'Fireflies in the Rain' and making a huge impact in the industry, followers still flock to experience Rick Ross on stage to perform favorites from the full collection. 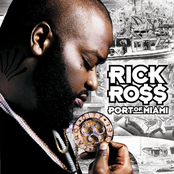 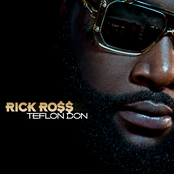 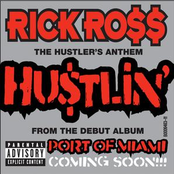 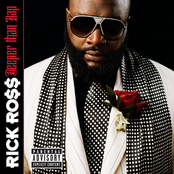 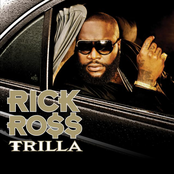 Rick Ross may come to a city near you. View the Rick Ross schedule above and press the ticket link to see our huge inventory of tickets. Check out our selection of Rick Ross front row tickets, luxury boxes and VIP tickets. As soon as you locate the Rick Ross tickets you desire, you can purchase your seats from our safe and secure checkout. Orders taken before 5pm are normally shipped within the same business day. To buy last minute Rick Ross tickets, look for the eTickets that can be downloaded instantly.